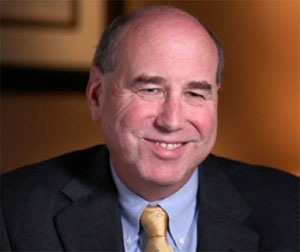 Art Pope is Chairman and CEO of Variety Wholesalers, Inc., a private family-held business that owns and operates a general merchandise retail chain that includes Roses and Maxway stores, among others.  The company employs over 7,000 people at its Henderson, NC headquarters and throughout its 270+ store locations in the East.  In 2012, Art was named to Triangle Business Journal’s list of the “Triangle’s 100 Most Influential Business Leaders.”

To date, the foundation has given over $100 million in grants to support public policy, education, arts, and humanitarian efforts. The Foundation’s philanthropic vision is rooted in meeting real human needs, in the short-term through humanitarian aid, and in the long-term through liberty-oriented organizations that foster a freer, more prosperous society.

His services have also extended to numerous nonprofit and government boards and commissions. Currently, he serves on the Board of Directors for the Institute for Humane Studies at George Mason University and the Lynde and Harry Bradley Foundation.  He was inducted into the Wallace Carl Riddick Society at N.C. State University in 2004 for his contributions to the school.  In 2009, Art Pope received the Thomas Roe Award from the State Policy Network for his innovation and leadership in promoting free markets and less intrusive government at the state and local level.  Art lives in Raleigh, North Carolina and is a graduate of the University of North Carolina at Chapel Hill, B.A. with Honors (1978) and received his J.D. from Duke University (1981).  He and his wife Kathy have a blended family of three adult children.